Prime is supporting our consultant and former Major League Baseball player Darrell Chaney with the Darrell Chaney Golf Invitational in Helen, GA at Innsbruck Golf Club, coming up in April of this year! ⛳️ Watch our in-house produced video to hear Darrell talk about his story and what his hopes are for this event. 👀 To find out more follow the link below to see what Darrell's hard work has been all about: http://www.unitedwaywhitecounty.org/ 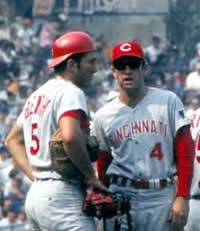 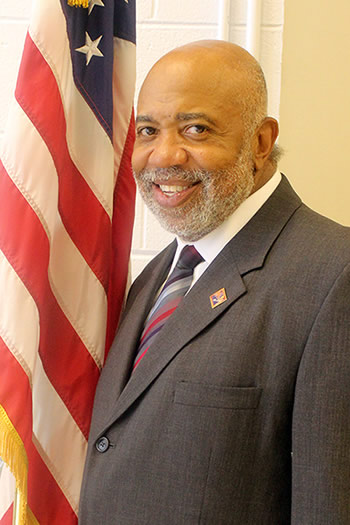 Join Us At The Darrel Chaney Invitational in 2019

Please note that the name of our event is changing from The United Way of White County Celebrity Golf Tournament to The Darrel Chaney Invitational but nothing else is changing!

We will still contribute every dollar earned from our event to the numerous worthy causes supported by the United Way of White County, but we felt it was important to honor the man who has worked so hard to make this tournament a success.

By all means, this event would not be possible without the time donated by our celebrities and the countless hours contributed by dozens of Committee members and volunteers, but we could never have gotten off the ground without Darrel and his contacts with celebrities from the NFL, MLB, NHL, Olympics and more.

With that said, we express our sincere gratitude to the celebrities, Golf Tournament Committee, the volunteers and golfers who have made our event such a huge success and we look forward to seeing you next April at the 2019 Darrel Chaney Invitational !

The United Way of White County is pleased again to welcome many celebrities, sponsors and the general public to our annual Celebrity Golf Tournament on April 16th & 17th 2018.

As in previous years we will welcome back past celebrities as well as many new faces in 2018 to join us on Innsbruck Golf Course for a great day of golf, fun and great friendships.

The festivities kick off with a welcome party and a "meet and greet" the celebrities at Bigg Daddys Tavern at 6.00pm on April 16th 2018. Then be ready for the shotgun tee off at 8.30am Tuesday morning April 17th.

After a great day of golf, where the ladies also get to enjoy shopping and probably wine treats we head back to enjoy the Awards Dinner & Celebrity Auction at the Holiday Inn & Suites (Tickets Available) commencing at 6.00pm.

We welcome you to join us as a player, sponsor or spectator. All proceeds go to benefit United Way of White County and its many agencies it supports.

The United Way of White County Celebrity Golf Event is very pleased to have the Gina Gailey Band perform at the Awards & Auction Gala on Tuesday April 17th 2018. The Gina Gailey Band is well known to put a fantastic show and their attendance will be another highlight of our celebrity charity golf event.

Gina an Atlanta native, was nominated as the 2016, 2015, 2014 and 2013 GA Music Awards Country Female Artist of the Year and her country rock performances are unique and powerful. Gina will also be releasing her new album "Original Outlaw" on January 27th in Atlanta at the Hard Rock Cafe, so we are sure to get a taste of a few tracks from her new work.

Tickets for the Saturday night Awards and Auction night can be purchased separately, so if you would like to just attend this event you can.

Also performing on Monday night at Bigg Daddys American Tavern for the Celebrity "Meet and Greet" will be Juke Joint Dukes.

Their performance will be sponsored by Maple Capital. Maple Capital provide customized solutions to investment management needs. Maple Capital was founded in 2004, and has worked with the core belief that every portfolio should be structured to meet the individual needs and objectives of each client. Visit them at www.maplecapital.com

Performing Old-school blues Juke Joint Dukes has that soulful beat you don't hear from blues rock bands. Led by William "Blues Man" Reed, this band is must see. Join us at Bigg Daddys in Helen on Monday evening April 16th for this great show.