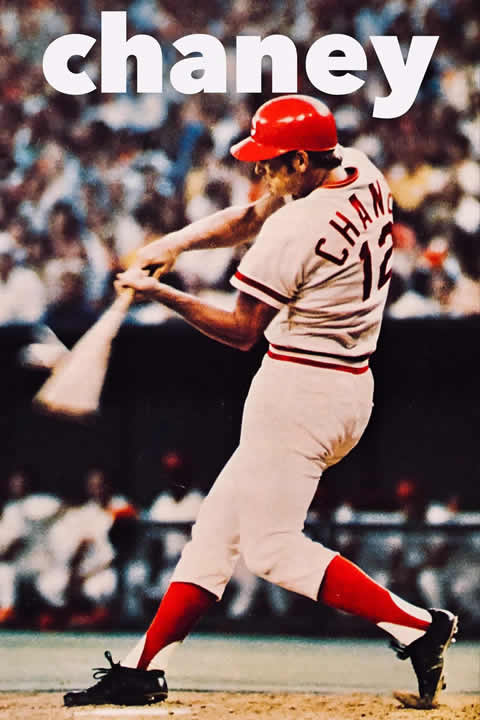 Darrel Chaney is our first selection for this new series to resurrect the feel of the 1970's Riverfront Posters.

Darrel broke into the Big Red Machine lineup in 1969 as a 21 year old, playing in 93 games at shortstop. Over the next 7 years, he showed great versatility around the infield, playing SS, 2nd and 3rd base.

What a great photo! The ball jumping off the bat, the red stirrup socks, the jet black shoes, his teammates in the dugout.